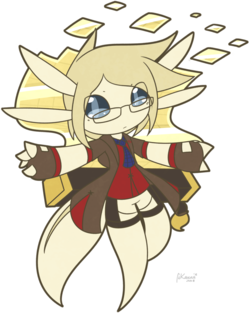 Heilao also takes the role of helping research on the restoration of Naiea in addition to his Sav duties.

As one of the younger Sav, Heilao hails from Naiea, a small village set upon a marsh. He was appointed as Sav due to him saving Naiea from a curse made from corruption by curing it with a large amount of crystals.

In addition to being a Sav, he is also assisting the efforts of Naiea to full recovery in addition to him having done reasearch type activities in Saviand and Quailyn.

For more information with Heilao as a Sav, check out his wiki/sav page. 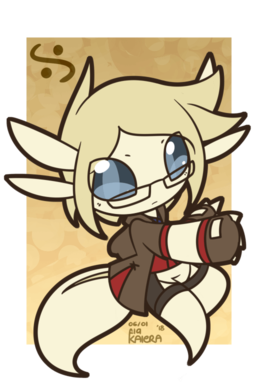 Lauded for his brains and no non-sense attitude, Heilao tackles everything he needs to be done with brutal efficiency - at the cost of his own health and happiness of others. He gets desperate to prove himself mature in spite of his age - as if to say that the purification of Naiea wasn't a fluke.

However, due to his constant work, he ends up commonly working himself into a state of exhaustion, and does not understand when he needs to take a break. This results of his fellow co-workers or Sav getting him out of work to relax.

Despite these issues, Heilao has proven himself incredibly efficienct when working as a navigator or a commander when it comes to battles.

In addition to his mastery of the aspect Duplico as a Sav. Heilao relies on his weapon: the Multiplicative Remote Battle Scroll.

His scroll can easily duplicate sorcia made tiles with his control with the scroll itself as the power source, which can be used for multiple uses.

His battle scroll can show out the lay of the land of the area by planting his scroll down on the ground, showing a map of the area, along with all the ground units detected.

It shows as a 3-dimensional map, also showing the elevation of the land, allowing him to plan the best routes to take and announce incoming possible enemies in advance. However, due to the nature of his scroll, his map is displayed in tiles, which can end up vague or accurate depending on how large the area is scanned.

Unlike the other Sav who are navigators, he is required to station in the area itself, making him vulnerable to being attacked.

The tiles from Heilao's battle scroll can be made solid at any time, to be used for multiple purposes. For offense, the scroll itself as a whip with the tiles being the rope or using the tiles themselves as floating projectiles that he can control. For support, he can use the tiles made by the scroll to alter the field, allowing him to make walls, towers and other such temporary constructs, or encasing himself or others for protection.

He can also build these remotely with the use of his map for navigation sending said tiles to the location. However, these end up limited support if the tiles cannot reach or when all of the paths for the tiles to pass through are blocked.

This page is approved as the current official version only if this page is placed found outside of the sav namespace.
You can visit the up to date and modified original page at oc:sav:heilao.