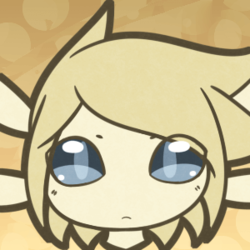 Heilao is one of the few chosen Sav, representing the aspect :duplico: Duplico and hails from the Clear Swamp Naiea, found in the marshes of

Heilao is doing research on the purification of flux and finding efficient ways to achieve it along with reversal of effects that stems out from them. He goes about testing out scenarios to purify flux and personally goes to corrupted areas himself to do actual observation.

This is all in assistance to help recover his hometown Naiea, even inside and outside of his role as a Sav.

Heilao never takes on any duties by himself, only taking on duties where his expertise is needed, often times offering the tasks himself instead of taking them. Should he take on a task on his own, it is often related to his research and would like to do them simulataneously.

He mainly provides detailed information on navigation in terms of routing and will often send his sorcia made tiles to assist in providing protection for the party as he himself must be left out due to the nature of his weapon.

Heilao commonly offers research tasks dotted around Fiagia, mainly within Saviand and Quailyn to further investigate flux and its nature. Due to these offerings being related about flux, these often end up being highly ranked.

Heilao became a Sav due to him saving his hometown Clear Swamp Naiea, a small village set upon stakes and poles.

He saved the village from a curse that turned the marshlands around the village to corruption, including fauna and flora through the heavy use of crystals gathered and multiplying its power.

Long ago, Naiea was a town floating along upon a river, going as it pleases in the continent of Quailyn. Held down by nothing but currents. With water growing plants upon the planks, livestock that could swim with the river, and driftwood homes, they had a happy life.

But one day, the river stopped. The cycle was broken, and Naeia flowed, not around in its safe circle, but into a stagnant lake, once pure turned marsh due to the nature of the anomaly, where they were instantly beset upon by lifeless, crooked serpents and beasts…

They would have been taken over quickly, with no defenses or fortifications, until Heilao, a lone oprhan started to defend for his only home in desperation to prove himself despite this age and rose up, with their brilliant mind and began to guide them.

Though barely past being a guppy, he commanded with the skill of a general and wits of a tactician. Using his and his allies' skill he created as many planks as they could. However, even armed with bows, blades and spears. They could not keep them back forever.

Then and there he created his unique weapon out of crystals he can spare: his multiplicative scroll. with this he can spread his own walls through sorcia to lay them back. However, it was limited in both power and range and can easily break at any moment. Encasing the village within these temporary walls, they managed to drive the monsters away, and then slowly, ever so slowly, expanded the walls and the perimeter, eventually driving out the beasts from the lake and into the surrounding woods, and even further from there.

Once the area is big enough after lasting a few hours in the night. It was a matter of time the scroll breaks, slowing it down by others who offered their help to keep the scroll intact. Heilao masterminded a plan to expulse the area free of the curse – by gathering a large amount of :vita: Vita and Ros crystals that the remaining area can offer and use it to purify the lake and at the same time repel the sudden outbreak of monsters once the scroll breaks.

Though the excess use of replication, he amplified the process and start purifying the lake using his own energy and the crystals, pushing through the lake, creating a safe land. Heilao faints afterwards after the process was complete.

Even though the town was reduced into a small village, Naiea was safe. Despite his efforts, the purification was not absolute, the lake remained a marsh and cannot move their own village out. The Presav have taken notice of this effort and sees him as a candidate. Once woke up and able, he willingly agrees to take the sav initiation, and passes, now hailing him as one of the few to take upon the class.