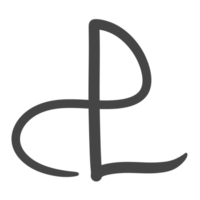 The symbol for Sylv

Sylv () is the universally accepted form of currency for exchanging in goods and services inside the world of Furria. Other than being used as a method of trade, it can also be used as a medium to act as cost for casting a slightly improved form of sorcia.

To denote Sylv, the shorthand for Sylv is yl.

Sylv is a form of currency that is formed out of small chunks of aspect crystals and a combination of synthesized components made of :ferro: Ferro and :coacto: Coacto compressed into coins through the use of Sorcia. The processed coins themselves have a signature to prevent them from being duplicated or fabricated as counterfeit. This signature also helps to track the value of each coin.

Individuals with the Sylvtap class can be found throughout Fiagia, allowing individuals to compress and convert aspect crystals and gems found into coins. However, a 10% (usual) fee is required to those when converting coins to compensate the process.

Each Sylv coin has a lifespan of 1 month before dispersing into it's raw aspect form, making it useless for trade, forced to disperse whenever it is present in the individual's arcitory should it remain there. A Sylvtrack is able to compress, track and store unused Sylv in storage to safely preserve them or exchange them into other forms. One form of arcitory can also be used to preserve Sylv as well, but cannot be stored in the individual's own arcitory and won't have the benefits of the services of a Sylvtrack.

It is possible for individuals to freely combine smaller denominations of sylv to make a higher and compact value and vice versa as long as they are of the same aspect.

The coins can be broken down in order to empower sorcia being cast by an individual, this results for the coin to be destroyed.

The value of each Sylv coin can be dependent on each aspect. The higher the base value of the aspect, the rarer and harder its base aspect crystal can be found and obtained. Every coin cannot be divided once it has reached their base value and can only be combined.

The following aspects has its base value as Sylv:

:medius: Medius and :ferro: Ferro forms of Sylv are the most used as they are easier to produce for trade.

A somewhat safer way of obtaining Sylv is to imbue an existing aspect gem into a Millennial Puzzle but will still be difficult to obtain because of the rarity of a natural aspect crystal is high, with higher valued aspects being more rare. This method is only applicable to aspects that can have their own crystals.

Any aspect that is not an elemental aspect cannot have a representative aspect coin for the reason that these do not have a natural respective form of crystal.