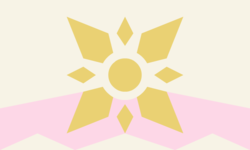 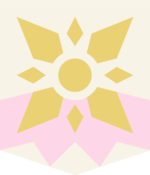 Vol'Tairga, primarily known as the Airship Hub Tairga is a steampunk-themed kingdom set in the desert in one of the high pillars of Maahst. It serves as a hub for travel to different towns and locations.

This is the home of Sav Lucerna :lucerna: Val'th Soleil.

Vol'Taigra is ruled by a Sultanate, however all movements are presented infront of a coucil of Representatives of the people. Each year, each district selects a represntative for them. The Traveller's District, The Commoners District, The Mid District and the High Class district.

Vol'Tairga, from the very first foundation stone, was built on the belief that no matter who you are, where you come from or what you do, there will always be A light at the end of the tunnel, there will always be hope, but most of all, Freedom to do what ever you want to do. Vol'Tairga is a standing testamony to these beliefs as it stands like a rose among the weeds. An Oasis in a midst of death.

Airship Hub Tairga is a steampunk-themed desert kingdom supported by solid metal foundations in order not to sink into the sand. Its structure is separated by different tiered districts. These districts are layers that circle around the town's center and spans outwards east from the top layer. The city operates on steam energy. Their source of water comes outside of the city's limits underground.

There are only two entry points to and from the kingdom located North East and South East, these are set so that the hostile creatures invading the town can be controlled. Because of this, a wall is erected around the town, creating a barrier to repel hostile creatures.

Each district found in the Airship Hub Tairga consists of different layers.

The Airship Port of Vol'Tairga can be located at the Mid-man's Layer and extends outside to the kingdom's outer walls. It serves as the destination where any individual can access any available settlement in the continent through the use of airships.

Private airships also dock here but will have to require a license to do so.

In coordination of the Furria Guild to Vol'Tairga, the kingdom set up a hotsprings underground that serves as a popular resting inn for travelers and civilians alike. Customers can take a few hours to rest inside this inn with an opportunity to relax in the hotsprings.

The Museum of Steam History serves as the location where an individual can find Vol'Tairga's history and the progress of Steam Technology introduced through the ages. Replicas of Human Steam technologies found from the H.A.C. can be found here as well.

Statue of the Founding Sultan

Located in the center of the Sultana's Layer, the Statue of the Founding Sultan Rata'Gaskr can be found. The statue was made of a special alloy carefully crafted to replicate the image of Rata'Gaskr and is protected by Sorcia in order not to be tampered and destroyed.

The statue serves as a reminder of the founder that founded Vol'Tairga.

The Steam Foundry is the main factory located at the Sultana's Layer for creating steam, which is used for various technologies centering machinery and creation of energy that is spread around the kingdom. Though showing as a spetacular building available to be commonly visited, entry is not allowed unless they are authorized personnel or in possession of permissions that allows an individual to go inside.

However, a factory tour is given monthly though it only shows a small part of the foundry itself.

As seen on the plaque of the statue of Rata'Gaskr, the founding sultan of Vol'Tairga

“A vision created this kingdom, but it's people will make it grow.”
- Rata'Gaskr after placing the first stone

Many people know the stories of Rata'Gaskr the Desertwalker, but the truth is always altered with each generation.

Rata'Gaskr was a simple dragon. Travelling the world in search for a place he could call home. A vision came to him one cold night, and told him of a Majestic Kingdom that thrives on the happiness of it's people.

Following the direction the vision showed him, Rata'Gaskr travelled leagues, days, months and years. He faced many challenges, from starvation and thirst, to the mighty Griffons of Mardern. He traveled till his body became weak from exhaustion. But when he stopped and collapsed, he saw it. The Majestic Kingdom he sought for many years, billowing up from the sand in jets of steam and dust. As the dust cleared, he heard the sounds of bells, of children laughing, the voices of joyful people.

Rata'Gaskr climbed the nearby mountain and with only his bare hands and his knife, he carved the first stone for the kingdom.

The Exile Of The First

This was the most notorious event that ever happened in the entire history of Vol'Tairga. 10 Generations after it's founding, a rival noble sought control of the kingdom's prosperity, steam. Rhi-Shiki, Tenth Sultana, was assassinated by the noble Marh'Tul, the Hound-Serpent in hopes that the council would sway in his favor for the throne.

This caused an uproar as he demanded that being the next in line due to there being no children from Rhi-Shiki, he take over. The council started an investigation and found Marh'Tul guilty and had him and his entire family exiled. The council discovered that Rhi-Shiki had a bastard child, which upon close examination, was deemed worthy to follow the Beliefs of the Founding Father Rata'Gaskr.