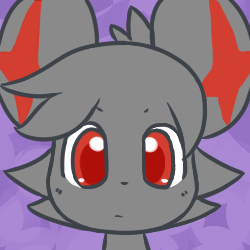 Harrison Nihil is a basic character for Furria.

This character is intended to only have basic details. As such not much info will be shown.

A calm, lazy at times guy, he’ll help if you ask. For some reason, he wears a bird's nest around his waist, akin to underwear.

Aside from a limited use of :flamma: Flamma , :vello: Vello , and not much learned in the aspect of :mors: Mors, he’s capable of seeing odd items a lot easier than other Typyl.

He uses it more as a striking weapon, surprisingly, than a normal Attack Fan.