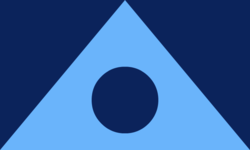 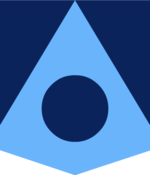 Snowport, primarily known as Gondola Cliff-side Snowport is a snowy cliff-side town. It acts as a transport between several areas surrounding the mountain, as well serving as a vacation spot for Typyl. 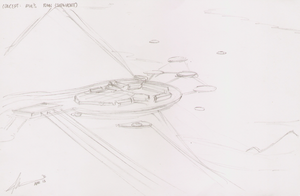 A draft concept sketch of Snowport

Snowport originally once existed as a small and poor mining village that farms cold crystals in the mountain that they stand on. Living conditions were hard as snow and the cold climate keeps pushing throughout the village. Later on the village was sent into a disaster as the base that they stood on turned into a landslide, losing 2/3rd's of the village with the other third saved by the sav, Rue Eiriol in a panic.

Later on, Snowport was turned into a more of a midpoint to several cities and serving as a vacation spot for Typyl where they thrived. Snowport is now also a center for research on :glacies: sorcia due to its constantly cold conditions.

The depiction of Snowport's flag is simple at first, being the village represented as the circle on top of the mountain with its vast crystalline resources.

Ever since the village thrived, the triangle represents its ability for transport to other locations being the circle acting as the center of the whole transport, acting as the cozy center in your travels.

Snowport is located in the middle of a mountainside where a big wall erected up by Rue can be seen. The town's style goes for a Celtic look using different materials instead.

Some of the nearby landmarks can be seen floating, and the edge of town acts as a wide balcony. You can enter it via teleportation or Gondola and can be left the same way or by bobsledding or skiing down. It's a vacation spot for a hot springs and those who are looking some cold air.