This is now considered as official. To keep up with the official info, visit their proper page in the wiki. This page acts as an update without editing and committing to the officially published page. 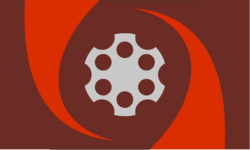 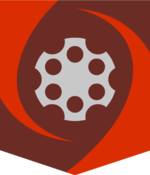 Domum Du'kiin, also known as Duke Town or the Trailblazer Capital Du'kiin, is a village that brings monster hunters that want to test their limits together with scholars who seek knowledge that is attainable only for the most daring of intellectuals.

It is situated further into Ingrixil's rural country than most others would even consider inhabitable.

This settlement stands as proof that these lands are capable of finding a living in, provided you are not faint of heart.

Given its dangerous location and housing some of the most talented sword hands and navigators, they have the ability to move around corruption and avoid areas that the common adventurer may find themselves wandering into by accident, making them ideal at creating trails between settlements each week. It's this reputation that they've earned the title “The Trailblazer Capital”.

They live and die by their most prominent trade; Monster Hunting. Their homes, their resources, their food even, these and more are all provided by the hunters of the Du'kiin Clan, a clan of western-dressed Typyl who are known for bearing augments that allow them to perform beyond their maximum boundaries.

The machinery strewn about the village as well as their augments are crude at first glance, but effective. The people here are a rough, scrappy lot thanks to their values and their environment. Everyone here's built to last, not just the hunters, but the chefs, craftsmen, apothecaries, engineers, everyone works to support each other in their trying land.

The revolver icon invokes each seat at The Round: Research, Residence, Exectuive, Hunting, Trailblazing, and the Chief. The brown refers to the nature and the colors of Erthen, what was Lupe and Privo's homeland. Red invokes the image of fire, blood, passion and violence.

The “vortex” surrounding the icon represents the life cycle in Domum Du'kiin.

“Every day we spend here is a gamble.”

The founding Mother of both the Du'kiin Clan and Domum Du'kiin acts as the settlement's Matriarch, Queen, and Leader who works in conjunction with a representative from each corner of town. The Research, Residence, Executive, Hunting, and Trailblazing Committee each assign a representative to speak and dine at 'The Round'.

The Round is a table that the “Big Ones” talk and eat at. It is situated on a slightly elevated portion of The Mess Hall, the largest building in Domum Du'kiin. This building operates as both a massive restaurant and a Government Building to promote a combination of unity and transparency.

“Strive for greater Strength; hold fast to your Passion; through Unity we survive.”

The people hold three values above all else; Strength, Passion, and Unity. This is no more apparent than visiting The Mess Hall, the building that acts as a hub for all who enter Domum Du'kiin. It is a place meant to preserve open unity with the absence of walls. It asks not for passions to be hidden away. It also tests your strength in many ways, though most never think beyond the obvious 'Strength of Appetite'. It is a place of preparation, bonding, and symbolic importance.

The people here are typically a loud, rambunctious crowd to put it lightly. They revel in adrenaline, the thrill of the hunt, and see trials inviting. If you wish to see the embodiment of Du'kiin Culture, stop by the Mess Hall. Here, the inhabitants regularly engage in friendly sparring matches as both means of creating bonds, strength, and entertainment for the patrons. Despite their barbaric appearance, they hold the utmost respect for eachother, especially in regards to the bystanders. Those who willingly disturb another's meal are subject to a thorough thrashing, no duel is engaged without consent from both parties. However, accidents do happen, which often end with a comrpomise of some sort due to each meal's value. Meals prepared in the Mess Hall empower the patron, and are considered a vital part in every Hunter's outing.

Being surrounded by lands that change every week, Duke Town is protected by a field of Anti-Corruption energy that preserves the town and all the structures within. Being that this town is not quite small, but far from being called a city, the structure that projects this field is quite tall and occupies the center of town, making it appear almost donut-like from a bird's eye view.

Rotating around town, each district is separated along with a portion of this Donut being covered by an elevated district accessible through a lift.

This is where the magic happens, almost literally. The food here is said to be enchanted, some say it's just so good it actually makes you stronger the longer you've eaten it!

This building is the biggest in Duke Town, so big it takes up the entire half of the village. This is not only where one goes to prepare for an outing, but it is also a trade hub and the governing structure. This place is the heart of Duke Town.

Here's where Furria's Guild makes their stay, operating the board that lists tasks that need doing next to a port that houses various methods of aerial transportation.

Traveling in these lands by air makes things a lot easier, but risky. The risk, however, diminishes once corruption clouds have been mapped out and one can fly around them safely.

A volunteer-centric guild-like community that resides in portions of Duke Town. They assist with organizing various facets in between each committee’s jurisdiction.

It all started with a bet lost. The Grandmother of the Du’kiin Clan, a Rab-type Typyl named Lupe Gambino, had made a name for herself in the eyes of the locals of Erthen as a fierce warrior with no bestial equal. Whatever mark she declared, they would fall to the hand that had been said to move mountains… They would not be wrong in the end, metaphorically speaking. Lupe honed her skills, amassed her own small fortune, and even found love on her hunting grounds, a Wolf-Type known as Privo Duncan. The two hit it off big, became business partners, then romantic partners. Their reputation grew, as did those who followed in their wake. Soon enough, the two would establish their own guild known simply as “Clan Gulch”.

Time passed, and Lupe developed a small gambling addiction. She would start betting a small portion of her earnings away in any gambling halls she came across. Try as he might, Privo could only do so much to quell his now wedded wife’s spendings. Eventually, small bets grew into big ones. Then came the fateful night where with one shuffle of the cards, Lupe and Privo’s lives would change forever.

Lupe wound up in a game against a wealthy stranger who singled Lupe out. It was clear he knew who she was, and had an ulterior motive behind a “friendly little bet”. Not that an inebriated Lupe would notice, nor care to. She took him up on his offer and this time made a rather foolhardy bet with a great deal of the Clan’s treasury, somehow matched by the stranger one to one. Privo believed the stranger had the game rigged from the start, but they would never learn the truth. Instead Lupe would come home a day later accompanied with her new companion.

As it turned out, the stranger was an expeditionist seeking to populate a new settlement in Ingrixil, and was in need of only the toughest fighters around to carve their spot in an unforgiving land. It was either that, or lose the Clan’s entire treasury, which left everyone in a bind. Some members left, but those that were left, including Privo, saw this as a challenge and potential to own some of their own land. It was a prospect that piqued Privo’s interest, though not exactly in the way he had hoped to go about it. Nevertheless, they would proceed to become the “Gulch Pioneer Expeditionary Guild”.

As the settlers carved their path through the chaotic lands and successfully established themselves, a lifetime of perilous fighting awaited them, and such a lifestyle is bound to end with tragedy. This would be a hard lesson for Lupe, as an invading beast would breach their walls and go on a rampage. Few were not lucky enough to survive, one of those would be her own Husband not long after they would have their child, Bill Duncan. As morale plummeted in the wake of death, Lupe swallowed her pain, her fear, and used it to empower her resolve to see this life through, even when the expeditionist who brought them here fled and left them all for dead.

As if defying fate itself, she ignited in a blaze of fury and passion as she would unite everyone under a new Clan moniker, honoring the fallen and her husband. “Clan Du’kiin”. That fire inside her was almost infectious, as she seemed to reach everyone else in the settlement and would go on to make a thriving town against all odds, as if to spite whatever took her Husband away. Every ounce of her anger and grief was poured into creating Duke Town, and protecting it with rage that dwarves any beast’s.

Samuel Gambino Du'kiin is the Granddaughter of Lupe, and the son of Bill. He is the next in line to lead Clan Du'kiin.