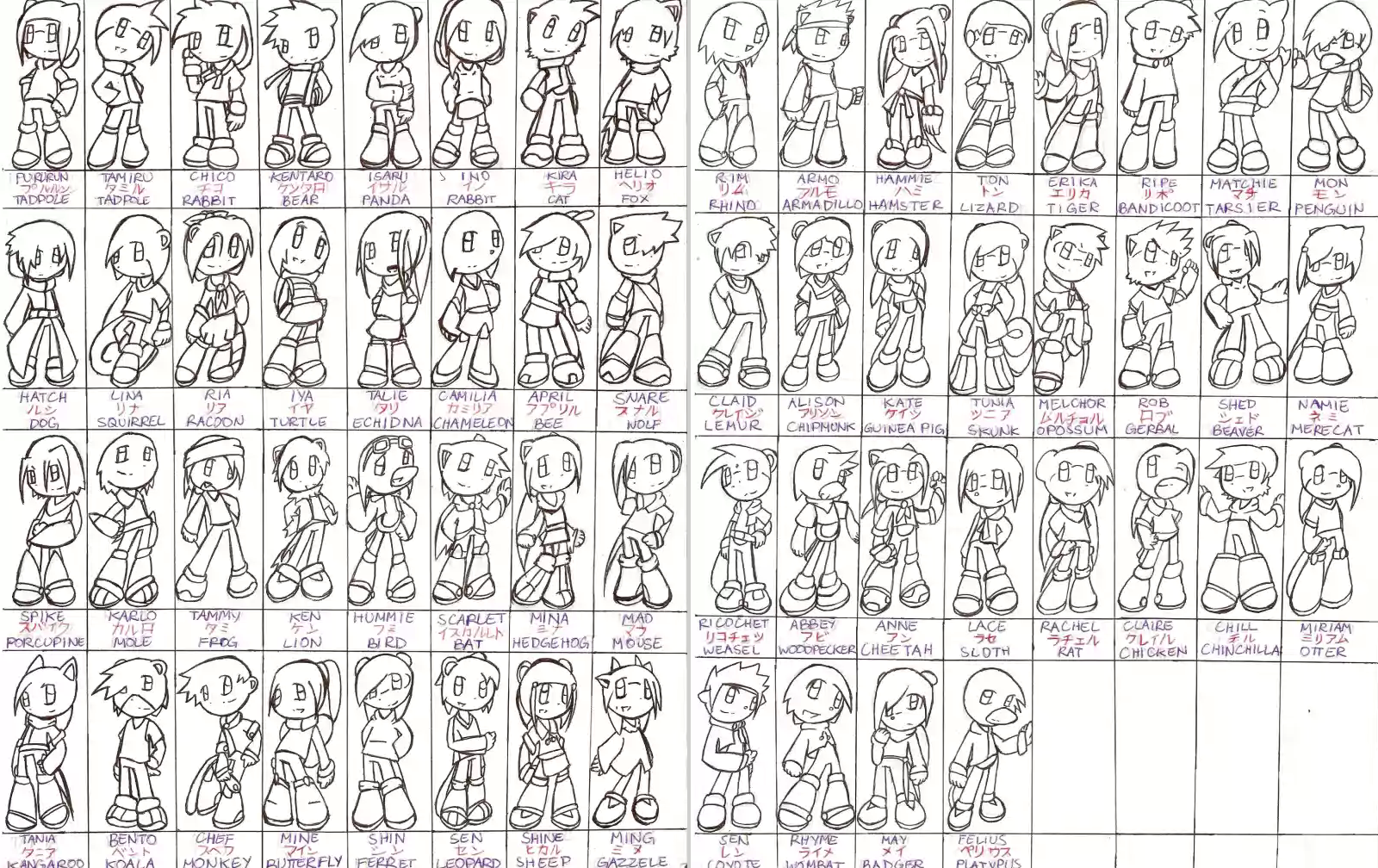 The original 60 members of the HAC

The Project: Hidden Anthropomorphic Compound is a slice of life comic concept made by fiaKaiera, a fragment of Elemental X where sixty participants volunteered to join a project where each of the participants secretly go through an experiment that successfully changes them into anthropomorphic animals and lives out their days as one group for an unspecified span of time.

The series was planned by a teenaged fiaKaiera, but never actually came into fruition. The concept is later on reimagined and incorporated into Furria, being the sole reason for causing the Saviand Anomaly, starting the series timeline and causing Antecedence to be possible.

The concept was divided into two attempts both going through the same concept with different views.

The first attempt of the HAC has the sixty partipants all being from one school, where all of the participants are children. A unnamed group tries to find sixty children who are both viable and willing to do so, giving them keys with the representative animal of their choice. Some of these willing are enticed with odd methods, such as one volunteering through the use of food.

This leads to them the HAC, fully reformed as an anthropomorphic animal of their choice. The concepts cuts off from there.

As for the compound itself, the location is a rectangle-shaped open space with houses placed on the sides that serves as the home for the participants and is divided among them, with a section extended for more recreational and functional activities.

The young participants of the HAC now hails from different schools and the group is increased from 60 to 120. In addition to be willing and viable to do so, each one has a more legitimate reason to enter the HAC: from friendships, promises, freedom, etc.

The HAC itself has now been also revealed to be in a secret location in the highlands China, free from any prying eyes and communication except from the secretive group that invited them. The actions from the participants may also be seen by their parents.

Going to the pods themselves are not easier either: all of the participants have to go through hardships to even enter the facility and must arrive before the point of midnight and 30 minutes. Only 60 has managed to arrived out of 100 who obtained the keys, who are either defeated, failed or forgot to attend at all.

The story of Snare knowing all of the HAC has stemed from this concept, where he is forced to make a choice to wipe his memory going to the HAC.

The compound is the same but slightly altered to add more places of relaxation and environments for the betterment of its participants, such as a garden, a forest nearby, the center of the open-area being more park-like, a stage, a meeting area, a swimming pool and a hot spring.

Participants of the HAC

All of these participants have been in Furria as the Presav. Though back then, they do not posses any mention of their last name and is absent at all until Furria. Some of them have been renamed in Furria as well.

Each participant of the HAC is divided into sets of 8 and into groups, A and B. Despite this, it's only in their position of housing in the compound, and still have to work as a group. The participants are ordered in their original places as presented from fiaKaiera's original designs.1)

There was supposed to be a second generation of participants which are meant to be redesigned but ending up creating a whole new set. Unlike the first generation, there are only 50 participants as opposed to the 60 of the original participants. However, there are actually 51, as a pair of twins are considered as one entry. All of them should represent Earth's civilizations as well, but never came into fruition.

In the context of Furria, they are supposed to be the Sav candidates, replacing the Presav for diversity but is entirely replaced with a new set for more diversity that now non-animal types are introduced. Only a few, such as Inoa, made it into the official roster of Sav.

The second generation was never drawn.