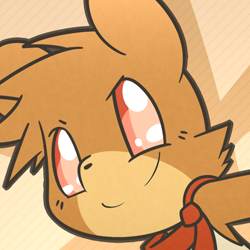 Kentaro Terre is one of the deceased Presav representing the aspect :impero: Impero and a participant of the Hidden Anthropomorphic Compound project. He is best friends with HAC participants Issa Colla and Ino Palta. He is the grandfather and predecessor of the now Sav Impero Kento Terre

In the HAC, Kentaro overlooks the participants of the HAC, making sure no one is missing and doing anything wrong, keeping them inline for any tasks that all of them will survive for the day and the following days. He has inclinations to be brave and act as a leader among the participants of the HAC, making sure everyone is in line with their tasks. Despite being a lot of the times being a joke because of Ino Palta, he is trusted by everyone.

He can have the intiative to break fights when conflicts arise while maintaining formality, taking it slowly than the conflict ending up in chaos.

Reason in the HAC

For some reason Kentaro was pressured and dragged into actually sort of- kind of- joining into the HAC by Ino Palta through unusual and sometimes violating means. He takes this opportunity to remove one thing in his life: school and education in service of doing through adventures and challenges in a very different environment and having a lifestyle that no one can have.

Kentaro actually secretly wants to join the HAC project alone without the presence of Ino doing so, but will never happen due to Ino being around him most of the time spent outside.

He takes the key at the stall of the HAC, knowing that this is the choice he made and he cannot look back. Along with the decision and Ino taking the lead, Issa followed suit in joining the HAC project.

He was categorized into Set 1-4, #04 of the Typyl on the transport to the HAC.